67 min, Greece. The aged inhabitants of an imaginary land are going through a tough test. As they are only peasants, they are forced to transform their earth into a golden kingdom by adding a magic fertiliser to their crops. Secluded from any social interaction they can do nothing but accept the commands ordered by the power. The only one who resists? A little girl free from the fear dominating the entire kingdom... The overturn has already begun.


Director Comment
THEOX is an attempt to interpret and see through the crucial situation in which a large part of the planet has been in for the past years. The initial idea was conceived in 2011-2012 in Athens, where the signs of the economic crisis were irrefutable and harsh. With Midas’ myth and its symbolic elements as a starting point this play resembles shadow puppetry. All the characters are performed by people and represented as shadow symbols, like ancient forms that draw their inspiration from a wide range of civilizations in which these elements were used, from the ancient Greek black-figure pottery to the shadow play in Bali and the Japanese Bunraku. This way I tried to create a new language from which I took away speech and kept only the primitive physical narration, giving this film the ability to address the widest range of recipients possible around the world. 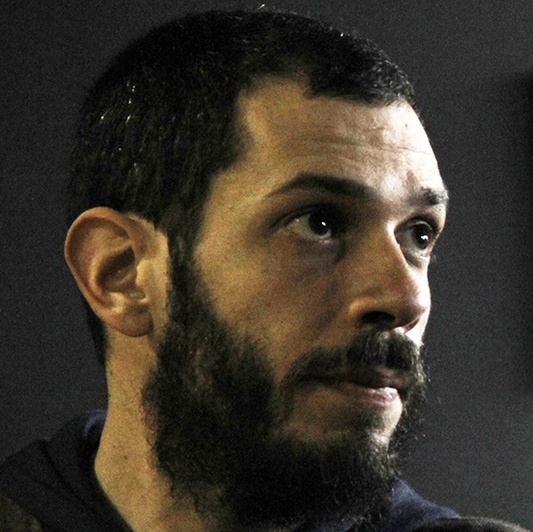 Giorgos Nikopoulos (1987, Katerini, Greece) studied Audio & Visual Arts focusing on animation and performing arts. He has performed as an actor in theatre and worked as a director assistant with Dimos Avdeliodis from 2010 to 2013. In 2014 he founded BAUBO Productions and completed his first animation short film Butter Bunny and his Grape must Cookies. Since October 2013 he is a PhD Candidate at Ionian University researching shadow theatre and animation as two kindred arts.